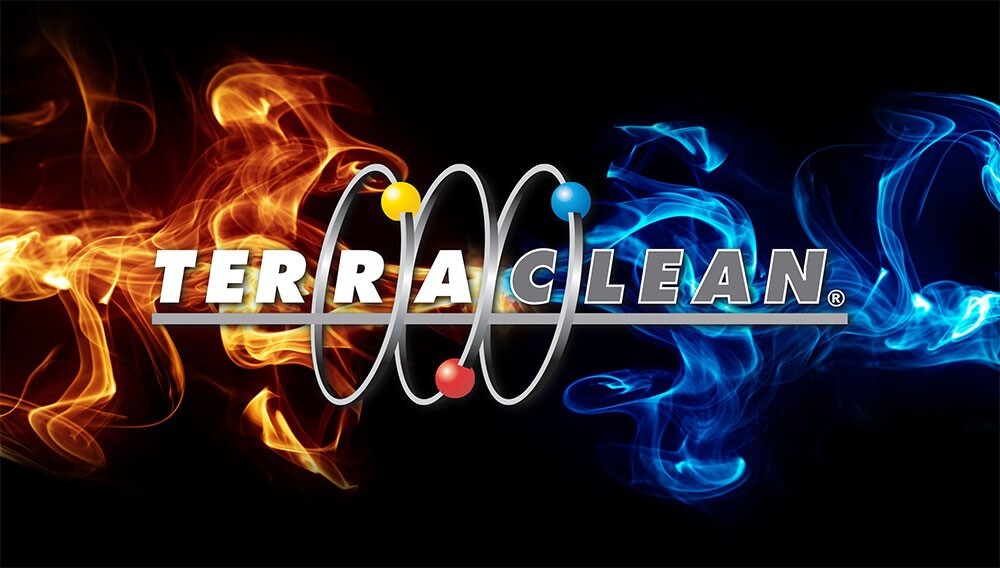 TerraClean is a patented technology which cleans the inside of your vehicle's fuel system. By removing carbon we can improve engine performance, reduce emissions, and reduce costs by increasing component lifespan.

Do not consider hydrogen-based technology or basic carbon cleaning alternatives - insist upon TerraClean every time.

How does TerraClean work?

Despite having revolutionised Carbon Cleaning in the UK, the TerraClean process is not fully understood by many. This is because of the continued presence of "old technology" products available in the market. Pour in products are the old answer to removing carbon from a vehicles system, most of them work - up to a point, but they fail to provide cleaning in the important post-combustion part of the vehicles fuel and exhaust system.

So how is TerraClean different?

Firstly our system is not a "pour in", we use a very highly refined fuel on which we run your engine by linking it to one of our specifically designed cleaning units.

All petrol engines build up carbon deposits in combustion chambers, exhaust ports, catalytic converters (cat) and on lambda sensors over time and all petrol injection systems build up gums tars and varnishes. Both these contaminants have a negative effect on your engines efficiency.

Petrol is made up of two core components, Aromatic fuel and Aliphatic fuel. These two components are necessary to allow the fuel to achieve an optimum combustion rate and also achieve optimum power.

Aliphatic fuel has a very loose molecular structure meaning that it burns very easily and almost completely combusts leaving little or no carbon deposits behind in the combustion chambers but it creates very little power, this is why it's blended with aromatic fuel which is very powerful, this is where the problem starts. Aromatic fuel has a very tight molecular structure making it very difficult to burn and it relies on the aliphatic fuel to start the combustion process, because of the tight molecular bond of the aromatics they never completely combust and leave behind carbon deposits which form in the combustion chambers, exhaust ports, cats and lambda sensors this eventually has a negative effect on engine efficiency as the fuel is now burning in a dirty environment (combustion chambers) and restricting the performance of cats and lambda sensors. That's not where it ends as over time inlet valves and ports on manifold injection engines, fuel injectors on all engines and fuel pressure regulators (if fitted) suffer from a build-up of tars, gums and varnishes, this slows down the injector reaction times causing fuel timing problems, it impairs fuel atomisation causing incomplete combustion which can reduce fuel rail pressure, and in some cases can coat the inlet valves causing cold start misfires.

This is where a TerraClean service is different from any other engine/injector cleaning service.

TerraClean is the only service that has two stages of cleaning, the first stage cleans the injection system and inlet valves (manifold injection only) which restores functionality to injectors and fuel pressure regulator resulting in improved fuel pressure, timing and atomisation. On manifold injected engines it cleans inlet valves and ports of sticky deposits allowing improved flow of fuel vapour into the engine. This all results in cleaner fuel burn reducing the presence of Hydrocarbons caused by unburnt fuel in the exhaust gassed. The second stage of the process is where the science begins, using aliphatic only fuel, this fuel while passing through the TerraClean machine goes through a process called columbic fractionation, and it is given a passive negative electrical charge, this breaks down the molecular structure of the fuel even further turning it from a liquid to a vapour and as the carbon in the combustion chambers, exhaust, cat and lambda sensors has a natural positive electrical charge the fuel and subsequent exhaust gasses are attracted to it this then turns the carbon into carbon dioxide which exits through the exhaust tail pipe, the end result is cleaner combustion chambers, exhaust, cats and lambda sensors, this allows the ECU (The vehicle's central processing unit) to react faster to fuel mixture changes and adjust fuel and ignition timing to suit. This levels you with an engine that is more efficient with better throttle response, runs smoother quieter and has improved emissions and mpg.

Whilst the technology is different when we clean diesel engines, the principles of the process are the same, we are linking your engine to our patented TerraClean machine, created specifically for decarbonising Diesel Engines. The process involves running your engine on our unique fuel to clean both pre and importantly post-combustion providing all the same benefits. Very importantly with diesel engines the TerraClean system will clean through both Exhaust Gas Recirculation systems and Diesel Particle Filters, where fitted and providing there is adequate air flow. Where there is severely restricted flow there are services available within the TerraClean family of solutions to address those problems.

Direct Injection Engines are particularly susceptible to carbon build up on the backs of the intake valves. These valves are not cleaned during a conventional fuel system service and require a separate cleaning through the induction system. As more and more vehicles are made with Direct Injection Engines, there is a greater need to service the Intake Valves separately from a conventional Fuel System Cleaning.

The TerraClean Pressurised Induction Tool provides an effective induction service on Direct or Conventional Fuel Injected Engines. After filling the tool's cylinder with a specifically created TerraClean Intake Valve and Deposit Cleaner, it is pressurized. The equipment's S-Tool attachment is placed directly inside the intake and a fine spray of cleaner is introduced into the system.

The intake valve deposit cleaner is sprayed on to the valves, ensuring that they are cleaned of hard carbon deposits that negatively impact effective combustion. Alternatively, using a Vacuum line attachment, the tool can be connected through a vacuum line, allowing for a faster introduction of the chemical into the air intake. This is an increasingly popular additional service for many owners of petrol engined vehicles who want to clean otherwise inaccessible area of the fuel system.

A diesel particulate filter (DPF) is a device which sits within a vehicle's exhaust system and is designed to "capture" soot/diesel particles to reduce harmful emissions into our towns and cities. It became legal for vehicle manufacturers (VMs) to fit DPFs to all vehicles when "Euro 5" emissions standards came into force in 2009, although many VMs did fit them prior to 2009.

DPFs self-clean through a process called "regeneration", this happens under certain diving conditions and the particles are emitted leaving only a small ash residue. Sensors in the DPF unit communicate with the vehicles central computer (ECU) to determine when to clean - regenerate the DPF.

So what's the problem?

For a wide variety of reasons DPFs do not always regenerate when they should, this may be due to driving style or conditions or for technical reasons. As the DPF fills up a warning light is shown on the dashboard, if the problem is not addressed the vehicle's performance will deplete, the vehicle may go into "limp mode" and become unusable until the issue is resolved.

How can TerraClean help?

A standard Diesel TerraClean service will help to remove particles from your DPF as part of a preventative maintenance programme. But when the device is too blocked there is a specific tool within the TerraClean range to remove the accumulated particles. This service is available from almost all of our TerraClean Service Centres and mobile engineers. TerraClean engineers who carry our DPF cleans have our full technical support and that of our network and there is regular training specifically related to DPF technology available, to ensure they are highly competent is diagnosing problems and identifying the correct resolutions.

There are companies who will offer to remove the DPF, but it is illegal to remove it and use the vehicle on a public highway, the fines are high and subsequent replacement is expensive. Fitting a new DPF is expensive and cheaper aftermarket units are sub-standard and will develop blockages earlier than the vehicle manufacturer's specification, so keeping the one you have healthy and clean is important.

DPF's can become blocked with Ash and Oil which a standard TerraClean service will not remove. There are "off-vehicle" solutions which will remove oil and ash from otherwise heathy DPFs. The whole TerraClean service centre network has access to this facility. This service involves removal of the DPF device from your vehicle for a few days whilst the unit is cleaned via a national service facility. With replacement DPFs costing up to £1000 for standard family vehicles and even more for higher specification vehicles the ability to investigate cleaning options is extremely worthwhile.

When it comes to MOTs, A.M. Engineering can provide pre-MOT checks, repairs and MOT testing arranged.

Making your vehicle road-legal is a necessity. A.M. Engineering has a fully equipped garage and qualified engineers to ensure all work carried out is to the highest standard.

We can do pre-MOT checks to help make sure there's nothing that will cause your vehicle to fail.